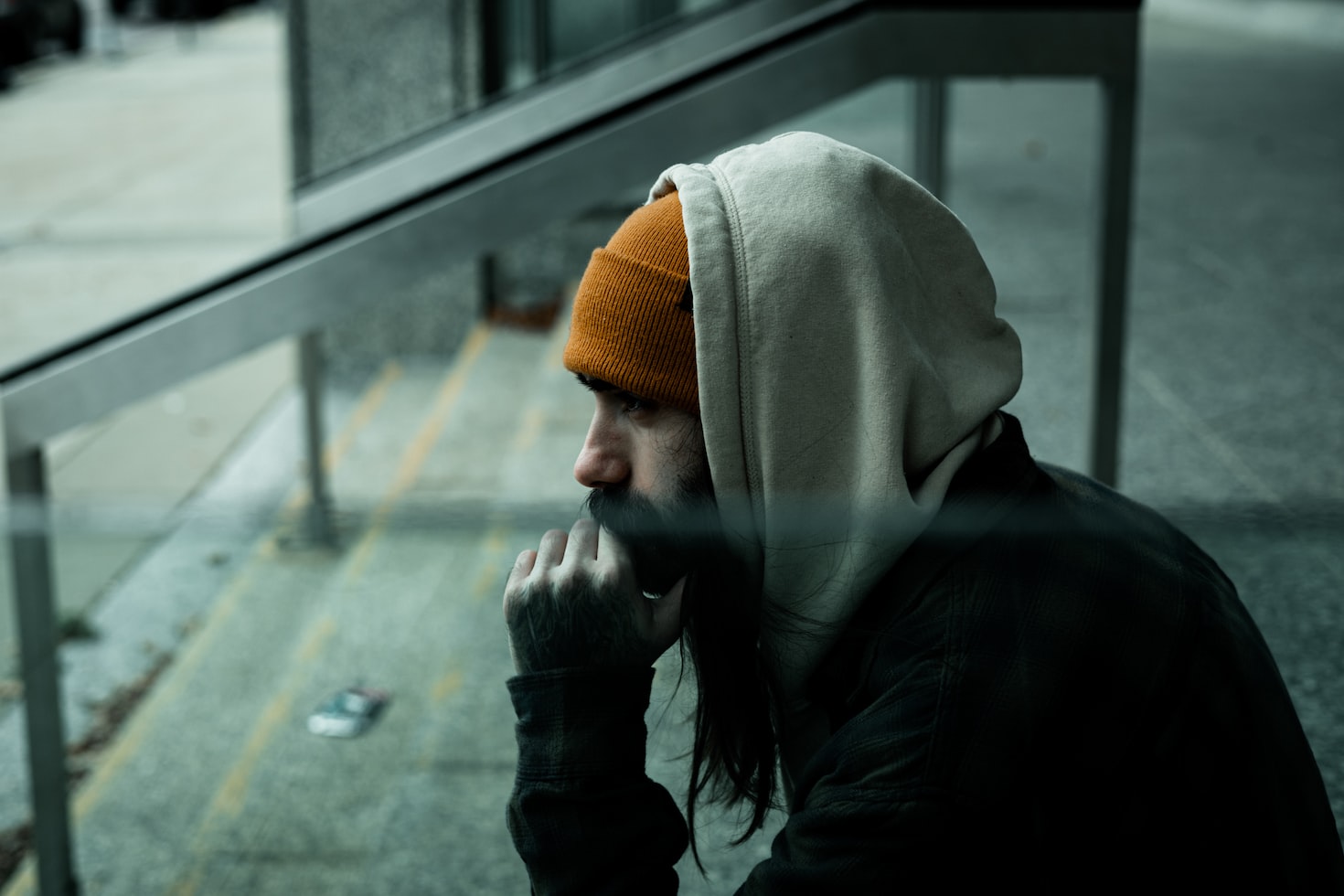 Since my last post, I have received quite a few emails from male readers defending Jared Rutledge and Jacob Owens of the now defunct Waking Life Espresso cafe. Many have expressed anger that I have sided with “feminists” on this issue.

The behavior of these men is offensive to all women, not just women with feminist leanings. It is offensive to men as well. Women alone could not have forced this coffee shop to close its doors within days. There has been no male defense of Jared Rutledge and Jacob Owens in Asheville.

This is not about equality between the sexes, or a sexual double standard. This is about unethical behavior. Boycotting a business is a totally appropriate response to any kind of dissatisfaction.

You don’t like the coffee at Waking Life Espresso? Don’t go there. You don’t like the owners of Waking Life Espresso? Don’t go there. This is an economic decision. The injured parties used peaceful protest to achieve their goals, and that is 100% legit. Two local women are currently in talks to acquire the shop, which promises a relief from the misogyny at least.

Here’s one email I’d like to respond to – it includes various misunderstandings so prevalent among red pill men, and I welcome the opportunity to set the record straight.

“Dear Susan, I deeply appreciate all the good work you do trying to protect women from getting hurt. But (here it comes) I do not see this coffee shop guy as doing anything but following the male out-reproductive strategy, quantity, which is no more inherently immoral than females following the female out-reproductive strategy, quality. Promiscuity is for males what hypergamy is for females.

The attitudes he displays are “objectifying”, but no more than could be found among male homosexuals who have had sex with more men than they can remember: we can’t all be “special”, after all. I think women need to recognize that lack of interest in romance is not pathological: just male. Values are arbitrary, and female values have no objective validity that male values should be judged against. Women really need to just stop being so damn self-righteous.”

“[The] male out-reproductive strategy [is] quantity.

I don’t know what an “out-reproductive” strategy is and neither does Google search, so I’ll assume David just means reproductive strategy. Men use several different strategies for reproduction, depending on various factors:

The claim that men are motivated solely by quantity is absurd. Standards of female beauty have evolved to signal fertility to men. Youth, fitness, full lips, shiny hair, etc. are all cues that men seek in mating. The male will compromise his standards for short-term mating, but not abandon them altogether. He attempts to maximize quality given the tradeoffs required by his overall goals.

Furthermore, the vast majority of men want to marry. They seek a monogamous lifelong partner. Research shows that when asked how many sexual partners a man wants in the next five years, the median answer is 1. Marriage is by far the most successful way for men to pass on their genes.

Overall, men seek more quantity than women do, but the difference is not large.

Like men, women want to maximize the value of their reproductive actions. Because sex is far more costly for women, they require a lot more assurance of quality before sex than men do. For women, quality includes a wide array of characteristics, including physical fitness (age, good looks, muscularity), personality traits that indicate the potential for accumulating resources as well as those that predict good parenting.

Promiscuity is for males what hypergamy is for females.

The word hypergamy was coined by social scientists, and simply refers to a woman’s desire to “marry up.” The manosphere has co-opted the term for its own purposes, including the notion that women will continue to seek to trade up after commitment, which is not supported by evidence.

This more accurately reflects the sexes’ differing mating strategies, changing now due to the prevalence of assortive mating:

…Today most people marry their approximate social equals, and in much of the world hypergamy is…in slow decline.

Futhermore, the opposite of hypergamy is hypogamy, which simply means that men tend to marry down. As hypergamy has declined with assortive mating and the egalitarian marriage, so has hypogamy. The marriage and divorce statistics contradict any notion of hypergamy as guiding female choices today.

Here are the reproductive strategies Jared Rutledge and Jacob Owens employed to get sex:

Here’s an example from one of their podcasts (H/T: Wj):

Young Jay (Jacob), after describing a woman as manipulative:

It was really fun cuz we had sex in the shower. Hospital sex is weird! And when she is drugged, it’s strange, but it’s really cool.

Papa Jay (Jared): Could she give consent?

Papa Jay: You might have violated some California laws.

For the record, the mother of the patient, referred to as “A.” is planning to bring charges against her daughter’s rapist.

Jared admits to “wailing on a woman with a belt” and “gagging her with my dick.”

See it all HERE.

Rude Ranting From a Bad Guy

I don’t distinguish between bad men and good men who do bad things. Some other choice quotes:

“The hardest thing is not hating women for how fucking stupid they can be.”

“Foot rubs and laundry are the province of a lady.”

Tweeted this quote: “A woman is just a screaming Clear Area and a large middle where the smells come from.”

No one is faulting the men for promiscuity. With the exception of the hospital patient, the women described appear to have consented to sexual relations with Rutledge and Owens.

Rather, it’s their hateful behavior and speech against women (that’s called misogyny, folks) and others that have cost them their business. Their loyal customers were in many cases the very women they were exploiting on their Game blog.

The Manosphere took weak men and produced these sickos.

Jared and Jacob have struggled to attract women in the past. Jared describes losing his virginity at 24 against the Christian teachings he was raised with. Looking for answers, they fell into the cult-like influence of the manosphere.

They cite having discovered the manosphere as the impetus for all of their behavior and referred to each other as “red pill buddies.” In an interview Rutledge explained how he fell into this dark place of unhealthy men:

Rutledge said as he tried to find success at dating, he started doing research online and found most of the resources for men are the Red Pill and “manosphere.” “It was a community that felt validating and empowering and freeing, at the time. It does not feel that way now,” he said.

It is perhaps fitting that Jared filed one field report on the manosphere itself before he was outed, including the following findings:

I. Of the 50 women Rutledge had sex with, only 3 qualified as “carousel riders.”

He found that the rest were seeking monogamous relationships, in some cases agreeing to casual sex in order to get that. He exploited that opportunity.

II. The quantification of women on a scale of 1-10 made it impossible for Jared (who is average looking at best) to relate to anyone as more than a sex receptacle.

“Many of these girls would have made good partners for me, but only a couple had the potential for holding my sexual and romantic interest long-term.”

III. Asshole Game does not work.

“If I didn’t have genuine affection for them, if I was pursuing them out of a compulsion or need, they would very quickly flake or stop showing interest.

…Women want to be swept up in an emotional whirlwind, and the more I tried to keep my “Alpha cool” the more they responded with flakiness or coldness.”

IV. The manosphere is characterized by negativity and pessimism.

On Saturday, the Rutledge and Owens gave a 2 hour interview, and I listened so you don’t have to. They’re extremely apologetic, and both have begun therapy. Jared is seeing both a psychologist and a psychiatrist, apparently.

They describe the manosphere’s judgment of them for not “doubling down” as misguided. Jared says:

“They want us to lean into the persona instead of leaning into the truth.

…Game is the idea that you can solve the puzzle, break it down…and manipulate it for your own good.

…There’s a tremendous amount of ego, and a lot of anonymity.

…They didn’t hear the hurt, they didn’t see my mom cry when she learned how many people I’ve had sex with. They don’t see what the judgmentalism they are still engaging in did to myself and other people.

I am not going to be on my deathbed having engaged in these kinds of judgments anymore, this breaking people down into their component parts. It’s unhealthy for me, and it causes irreparable and widespread damage to other people.”

These men will continue to pay a high price for their poor choices. The only value in this whole tragic episode is their blowing the lid off the sick and twisted red pill philosophy.

There is nothing healthy or normal about the reproductive strategy these men used. Don’t defend them anymore David – not even Jared Rutledge and Jacob Owens want to hear it.